Could a helmet law reduce bicycle injuries in Illinois?

Home » Could a helmet law reduce bicycle injuries in Illinois? 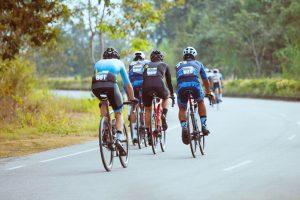 Illinois law requires any cyclist riding at night to use a white head lamp visible from a distance of 500 feet as well as a red rear reflector (or light) visible from a distance of 100–500 feet. In addition, the Illinois Secretary of State recommends—but does not require—that cyclists use a helmet, a horn or bell as well as additional reflectors on their bike pedals and wheels.

It is well known that wearing a bicycle helmet reduces the risk of head injuries in the event of an accident. About half of the states in the country have enacted legislation requiring any child on a bicycle to wear a helmet. Could such a law be effective at reducing serious bicycle injuries in Illinois?

Researchers conducted a study comparing the behaviors of children in states with and without helmet laws. The findings show—as one might expect—that children who were required to wear helmets suffered fewer head injuries on their bicycles than children who were not.

However, the researchers also found an unintended impact of the legislation on the children’s behavior. It found that the passing of bicycle helmet laws made children in such states less inclined to ride their bicycles at all—favoring instead other activities, such as skateboarding, which also have a high risk of head injury, but which do not have a helmet law.

In other words, the researchers found that children who perceive helmets to be “uncool” will avoid wearing them. However, the law will not make them avoid activities that could injure their heads.