The link between road construction and car crashes

Home » The link between road construction and car crashes 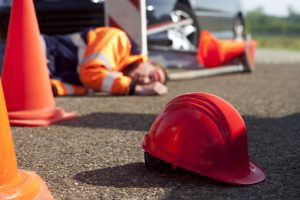 When you are trying to get somewhere in Illinois within a particular timeframe, road construction can throw a wrench in the works and cause frustrating delays. While construction zones can prove annoying, they can also prove highly dangerous, with America’s construction zones becoming increasingly common sites for car wrecks. As car accident lawyers in O’Fallon, IL, we have some information about construction zones that we wanted to pass along.

In fact, according to the U.S. Department of Transportation’s Federal Highway Administration, car crashes in construction zones have become so common in recent years that 96,626 crashes took place within them in 2015. In 2013, meanwhile, 67,887 crashes took place in work zones, so the number of construction zone car crashes rose 42 percent within this recent two-year period. While part of this uptick is likely due to the fact that construction is becoming increasingly widespread as cities and towns expand and grow, population-wise, other motorists making their way through these construction zones also contribute to the problem.

Anyone who has ever driven through a construction zone can attest that it can prove difficult to navigate around construction that is underway. In addition to facing hazards that might include large trucks, loose gravel and traffic cones in the roadway, you also have to worry about other drivers in work zones who are trying to do the same.

Additionally, while certain driving behaviors such as speeding or drinking alcohol before getting behind the wheel are dangerous under any circumstances, drivers who do these things in work zones present even more of a hazard. For example, drivers who speed through construction zones may not be able to apply the brakes in time to avoid crashes, and this appears to be a widespread problem. In 2014, for example, nearly 30 percent of all fatal work zone crashes involved someone speeding.

Unfortunately, avoiding road construction entirely is difficult, if not impossible. As long as other drivers behave negligently when traveling through them, however, work zones will continue to present a danger for everyone on the road.