How the opioid epidemic is affecting workplace fatalities

Home » How the opioid epidemic is affecting workplace fatalities 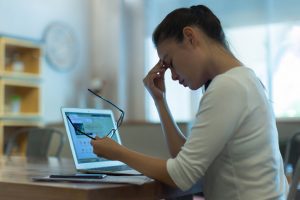 Fatal workplace injuries are on the rise, according to a recent report from the U.S. Bureau of Labor Statistics. Between 2015 and 2016, such injuries jumped by 7 percent. Instances of workplace violence spiked by 23 percent–which contributed to the escalation in workplace fatalities. However, the number one reason for this upward trend is linked to drug use. As workplace injury lawyers in St Clair County, IL, we wanted to pass along some information to help you understand.

Drug use and workplace fatalities

Every year since 2012, on-the-job drug-related fatalities have steadily increased by 25 percent. In 2016 alone, workplace overdoses spiked by a whopping 32 percent.

These tragic trends in worker safety have the Occupational Safety and Health Administration (OSHA) concerned. The organization is working to understand the reason for the recent surge in deathly injuries on the job.

One major concern, a spokesperson for OSHA noted, is the opioid epidemic. The crisis–which President Trump declared to be a public health emergency last year–not only impacts afflicted individuals and their families. The problems linked to opioid abuse also extend to the workplace.

In industries where OSHA and the Mine Safety and Health Administration (MSHA) actively regulate and oversee workplace conditions, the fatality rates have dropped or remained unchanged. However, in industries that receive little oversight from such agencies–such as food services and healthcare–those numbers have increased. The same holds true for workers in sectors that are not protected by OSHA, such as government workers.

OSHA’s limited budget–which was cut in 2010 and has been frozen ever since–limits the capacity of the organization to enforce safety on a large scale. OSHA currently has fewer than 800 inspectors–enough to inspect each workplace every 159 years.

No one should have to go to work fearing for their safety. In light of this crisis and the limited federal support available, employers should take additional steps to enforce high levels of workplace safety on their own.