Can you sue over your child’s soccer injury?

Home » Can you sue over your child’s soccer injury? 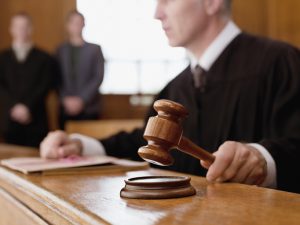 When your daughter asks to join the soccer team at school, you agree. Part of you is worried she might get hurt, but the other part of you thinks that’s just part of the game. You sign the school’s liability waiver and hope for the best. As sports injury attorneys in O’Fallon, IL we are familiar with the situations that often lead to these types of injuries.

But what if you later discovered that the soccer coach behaved recklessly–which was harming your daughter? Do you have any legal recourse?

A recent case at Howard University made headlines when two members of the school’s basketball team sued their coach. They claimed the coach’s misconduct caused them physical, emotional and financial harm.

The players allege that former coach Kevin Nickelberry verbally abused and publicly shamed them. He promised them non-existent athletic scholarships. He forced his team to practice beyond what the university’s athletic trainers recommended and beyond what is allowed under the National Collegiate Athletic Association (NCAA). Whenever his team lost a game, he forced them to do an extra same-day practice as a penalty.

In sports, a liability waiver is meant to prevent an athlete–or their parent–from suing a coach or athletic organization for injuries suffered while playing. If your daughter jumps up to intersect a ball and instead collides with another player, you can’t sue the coach for damages.

However, not all injuries are “just part of the game.” If an athlete suffers an injury due to a coach’s gross negligence, the liability waiver may be unenforceable. “Gross negligence” can be an action a coach takes that endangers the players. It can also refer to a coach’s failure to take certain actions to keep players safe.

If your child suffers harm as a result of her coach’s or school’s gross negligence, you have the right to seek justice for her injuries. Consulting with a personal injury attorney about your case is an important first step.