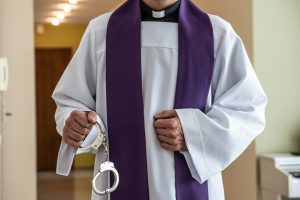 Signaling a move to provide greater transparency in sexual abuse cases in the Roman Catholic Church, Pope Francis announced the abolition of the “pontifical secrecy” rule. The change will allow the Vatican to share information with civil authorities. As sexual assault attorneys in O’Fallon, IL, we are happy to see this move toward transparency.

The church used the rule as a long-standing classification in sexual abuse cases, saying confidentiality was needed to protect its in-house legal process as well as the privacy of victims. However, critics charged that it allowed the church to conceal abusers as well as the depth of the crisis.

The pope’s decree on Dec. 17 means documents and testimony from church abuse trials can now be handed over to “lawful authorities” who make a formal request. Still, it does not necessarily mean that information will be available to the public.

The reversal comes amidst a series of reforms attempting to make the Vatican more cooperative with criminal justice authorities in sexual abuse cases, and some say it will help the church appear to be more competent in dealing with the crisis.

The Vatican calls the announcement “historical and epochal” and says it continues the pope’s “path of transparency.” A prominent group representing survivors of clergy abuse says the changes should have occurred long ago.

The Survivors Network of Those Abused by Priests (SNAP) says these “on-paper” changes now need to be followed in practice. The group points to the Illinois Catholic Church’s refusal in 2018 to release the names of 500 priests accused of abusing minors, according to a state attorney general’s report.

Abolishing pontifical secrecy applies to the reporting of abuse, trials and decisions rendered in cases, as well as child pornography and the coverup of abuse by bishops and other senior church leaders.

Survivors have a right to seek justice against their abusers, and there are no statutes of limitations in Illinois for filing a civil lawsuit. If you are a survivor, a personal injury attorney can help you take steps to hold your abuser accountable.