Deaths caused by red-light runners at a 10-year high 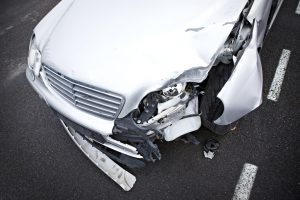 Traffic lights are in place to help monitor the flow of traffic and prevent drivers from colliding with one another in busy areas. However, as personal injury lawyers in St Clair County, IL, we are saddened to see that a new analysis from the AAA Foundation reveals that the number of Americans dying at signaled intersections because of other drivers running red lights has reached a 10-year high.

The new findings show that a total of 939 people lost their lives because of red-light runners in 2017, which is nearly 30% higher than the number of lives lost due to the same circumstances in 2012. Some believe that the rise of distracted driving and in-vehicle cellphone use is largely to blame, but whatever the cause, these figures show a clear need to enhance safety at signaled intersections.

The recent AAA analysis also reveals that, in many instances, the people who pass away because of the actions of red-light runners are not actually the negligent drivers. Rather, in many cases, the drivers and passengers in other cars and the pedestrians and cyclists sharing the roads are the ones more likely to succumb to their injuries. In fact, 46% of the people who die in red-light wrecks are drivers or passengers in other vehicles, while 5% are pedestrians or cyclists. Additionally, almost 30% of all deaths that happen at signaled intersections are a direct result of drivers blowing through red lights.

While there is only so much that you may be able to do to protect yourself when other motorists drive negligently, safety advocates contend that there are a few steps to take to reduce your odds of a crash. Tap your brakes several times as you approach an intersection, for example, to help make sure people behind you are aware that they soon need to stop. As a pedestrian, take care to only cross in well-lit areas, avoiding wearing headphones or earbuds when doing so.

Intersections with traffic lights are becoming increasingly dangerous, so the more vigilant you are when navigating through them, the better your chances of avoiding a car wreck.