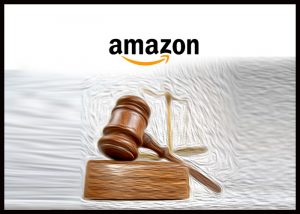 Not too far from Kujawski & Associates’ O’Fallon, Illinois office, a large development on the outskirts of Edwardsville, Illinois is expanding daily. These warehouses make up a central shipping hub that makes commerce more efficient in the midwest. The hub and others like this are critical in the business model of Amazon and other shippers and supply companies. However the most important resource that a business has has to be its workers.

When workers safety is not considered, or is weighed against corporate profits, bad things can and do happen. We represent workers hurt or killed in industrial accidents and wanted to note a few thoughts about this one.

On December 10, 2021 weather reports widely circulated and the entire area sought shelter and took precautions as tornados were predicted and even spotting toward the Edwardsville area. However, inside the Amazon fulfillment facility, witnesses described a very different scene.

It was the critical holiday season, and deliveries were in full swing. It is reported that Amazon warehouse management allegedly disregarded weather warnings and insisted that workers stay on the job and keep working.

As was predicted, a EF-3 tornado did touch down and bore down on the Amazon facility where workers continued to sort and load packages for delivery. Austin McEwen and other workers began heading to interior bathrooms to seek shelter. But it was too late.

When the rubble would be gone through several days later the death toll was six.

Who is at Fault in An Industrial Accident?

The events are tragic and if there is fault found, it is the intention of our firm and many other firms to seek damages that not only help a family deal with the immeasurable loss of a loved one, but also the expenses of loss of income, medical and funeral expenses, pain and suffering damages, wrongful death claims and punitive damages that might make a corporation weigh the value of worker safety more carefully in the future.

A Chicago law firm took the case and are representing McEwen’s family members. The firm alleges that Amazon knew conditions were “highly unsafe as tornado warnings had been issued,” but that company officials “rolled the dice with peoples’ lives.”

Attorneys allege that the Amazon facility had insufficient shelters and that they should have evacuated when the warnings were issued nearly a half hour prior to the tornado strike.

Throughout the region 70 workers died as a result of the damage caused by tornadoes.

In the case of Austin McEwen, attorneys are seeking damages from not only Amazon, but three other defendants, including a construction company who built the warehouse distribution center and the project’s developer.

Corporations Must Face Scrutiny When Workers Are Killed

Though it is too late for workers who were killed across the midwest during that fateful December night, it is not only important that their families are compensated for the ultimate price the workers paid. It is also important that deaths and injuries come at a significant potential cost to the businesses whose work they died doing, if in fact the businesses were negligent.

The Occupational Safety and Health Administration (OSHA) opened a workplace safety investigation to seek answers for the warehouse collapse, the safety policies that were or weren’t implemented.

Warehouse Workers for Justice, a trade group, called for a hearing in Illinois’ legislature to determine what policies or standards had possibly led to the deaths of the Illinois workers and their midwestern counterparts.

We sincerely hope that if policies or protections are found to have been faulty or if they weren’t adhered to, those responsible will be held to account and that going forward lives will be saved. This is truly the justice that industrial accident attorneys seek on behalf of their clients whom we get to know as people who have been hurt for simply going to work and following the rules.

We Hold Corporations Accountable Over Preventable Workplace Injuries and Death

It is said that the business of America is business. However the death of a person as a result of unscrupulous business practices, cutting corners, or careless management is something that must never be tolerated. We represent families of workers in wrongful death cases, personal injury cases and industrial accident cases.

Putting worker safety at a lower priority than profits is a wrongful act that must be addressed through the courts through wrongful death actions and civil action if we are ever going to see corporations curb worker injuries and illnesses. Only when wrongful death statutes are taken seriously, will they keep our friends and family members safe.