This week we read of the charging of a deputy arrested for assaulting multiple prisoners in a jail facility in California. Sadly these stories of abuse of power are all too common in federal prison, state prison and even county jail settings.

Those who have been subjected to assault and abuse whether by another citizen or by a representative of the State, must have access to sexual abuse lawyers who understand that sexual assault is a crime of abuse of power. The deputy who is accused of these crimes abused his position of power over fail inmates.

Unfortunately this crime which took place near Los Angeles is one that spans the nation and, in fact, the world. However, what makes America different than some places where those imprisoned have little or no rights and who are unfortunately subjected to the whims and will and character of each jail official they will encounter during their prison time, is that in America prisoners do have rights. And, it is imperative that we fight for those under the custody of the state because when the state takes over custody it also must assume the duty of care.

When a prisoner is locked behind a cell door, law enforcement officers as extensions of the department of corrections assume a position of authority and duty to ensure that the prisoner is not subjected to victimization.

A sentence to a certain number of years of prison is reasonably expected to simply dictate that the correctional facility will confine a person away from society but that prisoner still has every right to basic health care, food and shelter and freedom from abuse within the correctional institution.

Everyone in America has the right to be protected from other citizens and from representatives of the State.

We sincerely hope that, if it is found that this police officer, did in fact commit aggravated assault on these women, that he will face the consequences of his actions.

Victims of sexual assault are profoundly hurt by their perpetrators. Sexual assault can lead to terrible consequences and a lifetime of trying to overcome the trauma. The district of California has much to answer for as does the individual accused of these crimes.

As we await trial an effective attorney will be focused on what went wrong with the system that allowed this individual to repeatedly assault jailed inmates. What was his responsibility as an individual and what must his debt be for this crime. But also, what is the role played in this case and the responsibility that the State of California or other relevant municipalities may have neglected or even actively allowed? 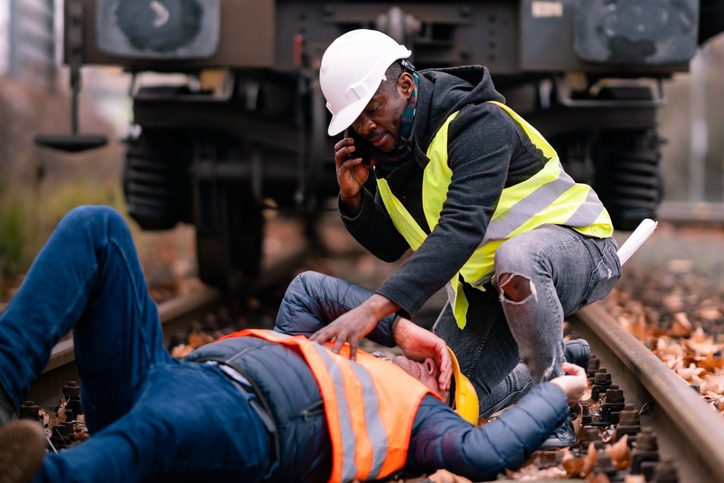 Railroad workers in Illinois and around the country have extremely dangerous jobs, and the work...