What you should know about substance abuse among truckers

Home » What you should know about substance abuse among truckers 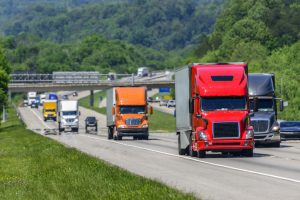 When you drive Illinois’ roadways, you have little choice other than to share the road with commercial trucks, but for some motorists, doing so can prove unnerving and uncomfortable. In addition to being difficult to see and maneuver around because of their sheer size and weight, semitrucks are also often dangerous because many truck drivers admit to engaging in dangerous driving practices while on the job.

Substance abuse, in particular, is a common problem among many truckers, and when the drivers of these massive vehicles drink or use drugs before climbing into the driver’s seat, they endanger you and anyone else who crosses their path. As auto accident lawyers in O’Fallon, IL we want to inform you of the dangers.

Why so many truckers abuse drugs and alcohol

The trucking profession is an inherently tough and lonely one, with many truckers facing long hours alone behind the wheel with what can sometimes prove to be minimal stimulation. In some cases, truck drivers turn to drugs or alcohol to combat the feelings of boredom or loneliness many of them share. Truck drivers also face long hours, and many of them receive pay by the mile. Therefore, staying awake for longer periods can pad a trucker’s paycheck, making some of them more inclined to use stimulants, amphetamines or other methods in an attempt to log more hours or cover more miles.

Trucker substance abuse by the numbers

Until there are fundamental changes made within the trucking industry, trucker substance abuse will continue to be a problem for motorists across Illinois and the nation.