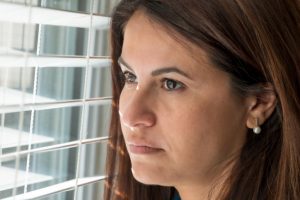 The statistics are disturbing. The nonprofit organization Rape, Abuse and Incest National Network (RAINN) says that every 73 seconds, an American is sexually assaulted. Each year, more than 433,000 people, age 12 or older, are victims of rape or other types of sexual violence. Our O’Fallon, IL sexual abuse law firm wants you to have information to protect your family.

RAINN says one out of every six women in the U.S. is likely to be the victim of a completed or attempted rape in their lifetime, and more than two-thirds of all victims range in age from 12 to 34. Women also account for nearly 90% of all rape survivors.

RAINN cites data from the National Crime Victimization Survey, which says only 230 out of every 1,000 sexual assaults are reported to the police. The most common reasons for not reporting include:

Survivors who did report sexual violence crimes to police said they did so to protect their household from further crimes by the offender and felt they had a duty to do so. Many thought it was essential to protect others from being attacked by the same individual.

Two women, who were assaulted at a high-profile St. Louis spa, received some measure of justice when their abuser, Kamren Holbert, received a 120-day jail sentence in February of 2019. Both of these women and four others have also filed civil lawsuits against the Four Seasons Hotel St. Louis, alleging that the Four Seasons failed to keep the spa’s guests safe from sexual abuse.

So far, six women have come forward regarding the St. Louis spa. However, in another case, more than 180 women across the country report being sexually assaulted at a nationwide massage chain, and many have filed civil lawsuits.

Surviving a traumatic event, such as sexual assault, can cause an intense range of emotions, including fear and confusion. As a survivor, you may want to seek the advice of an experienced personal injury attorney. They can provide compassionate legal advice, hold your abuser and any associated entity accountable and help you receive financial compensation to aid in the healing process.