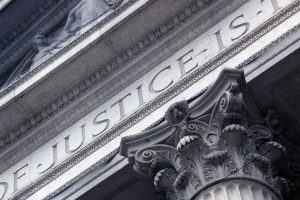 As sexual assault lawyers in O’Fallon, IL, we know that this type of abuse is a serious matter, and victims deserve to have their day in court. Recent legislation has changed the way the state approaches the criminal process, but the rules differ in civil cases.

Someone in the U.S. is sexually assaulted every 73 seconds, according to the Rape, Abuse, Incest National Network. Trials can follow, both criminal and civil. They aim to hold the accused accountable in different ways, but the windows for action in O’Fallon, Illinois can vary between the two.

The standards for criminal proceedings in Illinois have changed drastically this year. Up through 2019, you might have only had a fleeting window for reporting if the event happened when you were an adult. Prosecutors would then have their own timeframe to build a case and press charges.

But now, alongside seven other states, Illinois is opening the door for continued reporting by removing the statute of limitations on many criminal charges. Challenges in coming forward and problems collecting evidence can lead to all kinds of postponements, but these new changes to criminal matters bring adults in step with victims of childhood sexual abuse.

Civil standards haven’t opened the door quite as wide, as they sometimes still hinge on discovery and age. While the state has also done away with many civil limitations if you experienced abuse as a minor, there could still be a limit for bringing a suit as an adult.

It can be very important to know when that timer starts counting. When the act occurred, ongoing abuse and the discovery of a new injury can all affect the timeline. The clock also can’t begin to count down in the face of certain conditions. You could see extra room for reporting when you’re under a legal disability or while the abuser or anyone on their behalf is threatening or manipulating you.

Compensation for the damages you suffered can be a big step in the search for accountability. Knowing if any limits apply to your civil case can be a crucial step in moving forward.