Illinois woman sentenced to 75 years for sexual abuse of children 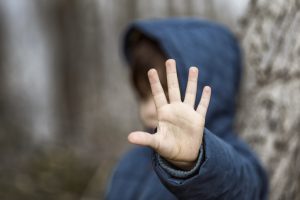 A Southern Illinois woman will spend at least 63 years behind bars after pleading guilty to two counts of sexual assault. Andrea S. Leisgang, 38, of Bethalto, admitted to abusing the children, ages 10 and 13, between March of 2016 and October of 2018. For sexual abuse lawyers in St Clair County, IL, this hits close to home.

The woman’s husband, Jeremy Leisgang, pleaded guilty last October and was sentenced to 40 years in prison. He was charged with sexually abusing one juvenile male and three juvenile females at the couple’s home starting in 2016.

Prosecutors say Andrea Leisgang was only charged with the hands-on acts she was responsible for involving two of the victims her husband also abused.

However, the state said she knew about the abuse that her husband was inflicting on the other two children.

Plea bargain removes the need for victims to testify

The prosecution said they consulted with the victims and their families to reach the plea agreement, avoiding a trial in which the children would have likely been asked to testify. The deal requires Leisgang to register as a sex offender. She and her husband were also ordered to serve 85% of their sentences before being eligible for parole.